How do Balances and Scales Work?

What's the difference between a balance and a scale?

In simple terms, a balance measures mass, while scales measure weight. So if you bring a balance and a scale to the moon, the balance will accurately give you the mass of, say, a moon rock, whereas the scale will be affected by the gravity.

A balance determines mass by balancing an unknown mass against a known mass. In modern weighing instruments, balances usually use a force restoration mechanism that creates a force to balance the force exerted by the unknown mass.

A scale displays weight by measuring a deflection; the springs are deformed by the load, and the force needed to deform the springs is measured, and converted into weight. 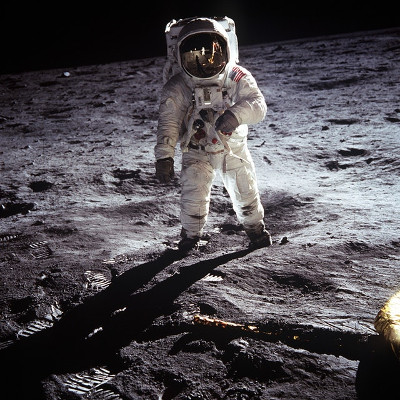 A hook, spring or hanging scale operates on a principle based on Hooke's Law. It states that "the force exerted on a spring is directly proportional to the distance it moves as a result of the force. This is represented in the form of the equation, F = kX, where F is the amount of force applied to the spring, X is the distance traveled, and k is the constant stiffness of the particular spring." That's why you might have noticed some spring scales display the results in Newtons. Spring scales are affordable and easy to use, but they're limited by the spring itself; if the spring loses elasticity for example, it will affect the results. 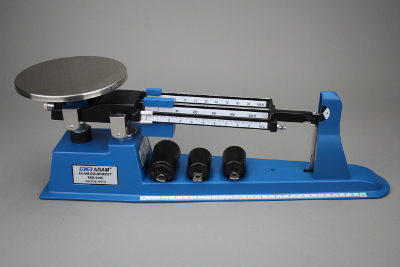 There are a few types of load cells, but we'll focus on the strain gauge load cell, as it is often used in weighing devices. A load cell is essentially a sensor (sometimes called a transducer). It is a metallic element that's sturdy, yet elastic enough for a load to deform it, with strain gauges on it. Some weighing instruments use a single load cell, while others have multiple. When a load is placed on the scale, the strain gauge converts the force (or pressure) exerted by the load onto the load cell into an electronic signal. Once the load is taken off the scale, the load cell reverts back to its original shape. The load cell determines the instrument's capacity; basically, the maximum mass that can be measured before the deformation becomes permanent, which would damage the device. 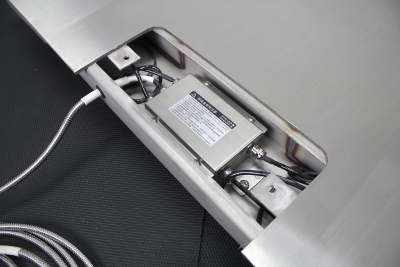 How does a Strain Gauge Work?

Since a load cell essentially measures mass by converting the deformation caused by the load to an electronic signal, it is sensitive to accidental deformation, such as shocks or temperature changes. That's why it's essential to treat weighing instruments with care and to calibrate them frequently. 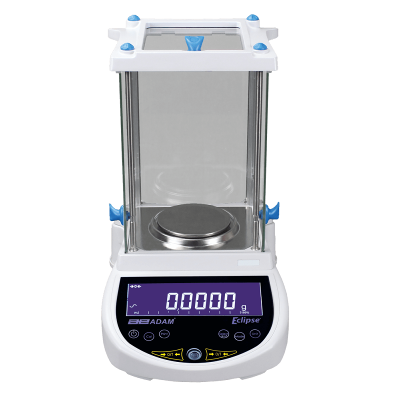 Mechanical balances are often triple beam balances like our TBB. The amount of beams doesn't change the way the balance works, they just add increments, which in turn improves the precision. Triple beam balances work on the same principle as the classic double pan balance you probably first think of when hearing the word "balance". They compare a known mass to an unknown mass, so they're not affected by changes in gravity.

Beam balances use an application of the lever principle. Something called a fulcrum is placed between the force exerted by the counterweights and the load. The lever principle states that "the further away the counterweight is from the fulcrum, the more downward force it exerts". The counterweight doesn't go from weighing 1kg to weighing 10kg (you can imagine how heavy a physician scale would be if we used weight instead of force!); as it gets further from the fulcrum, it exerts more force, so it balances more weight.

When you calibrate a beam balance, you're essentially making sure that when it shows zero, the counterweights are as near to the fulcrum as possible, and so exerting no force to counterbalance the weight. Beam balances are calibrated with a zeroing screw, which is usually beneath the weighing pan. The counterweights move the beam up or down, so the balance's pointer moves from the zero point when properly calibrated. 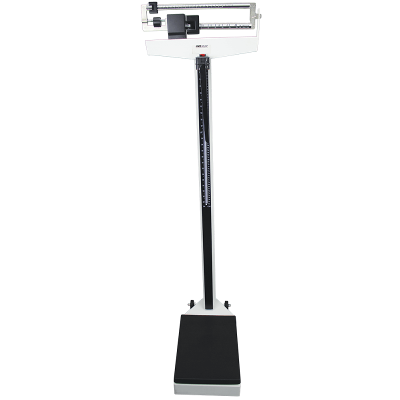 There are a few different technologies that are used in balances, but the majority of modern digital balances (including ours) use a force restoration mechanism, so that's what we'll cover here. Electromagnetic force restoration is often used in analytical balances. The very basic principle that makes a balance a balance and not a scale is still the same: a counteracting force is created to be compared to the unknown mass. The weighing pan is attached to an electromagnetic coil, through which electric current is flowing. The coil floats in a magnetic field created by an amplifier. The amplifier maintains the right current to keep the lever (remember, balance operate on the lever principle) balanced with the mass on the pan. As more weight is applied to the pan, the current is increased to maintain the level's position. The counteracting force that is created is measured and "translated" by various electronics to obtain a readable result. The resulting electrical current is then "translated" into a displayed number that is shown to the user. 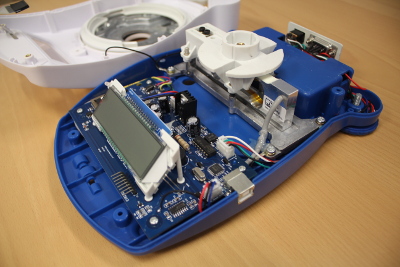 These are the basic principles that scales and balances use to function. We hope that this post was helpful in understanding how our products work. As always, don't hesitate to contact us, and follow us on social media for more blog posts and information about Adam scales.

Your blog provided us with valuable information to work with. Each & every tips of your post are awesome. Thanks a lot for sharing. Keep blogging,