A Guide to Checkweighing 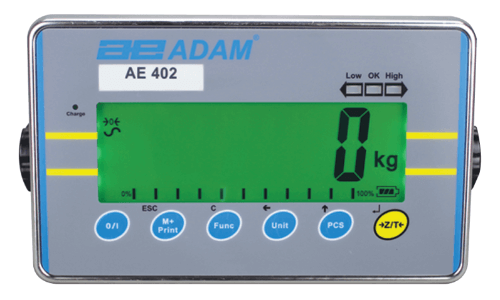 Checkweighing means to compare a weight against limits to determine if the weight is within preset limits. So for example, if you’re selling boxes of strawberries, you want to ensure all of the boxes weigh the same so that people pay the same price for the same amount. So if the boxes are labeled 1lb, you can put each box on the scale and find out it if it’s under, over, or within a weight range of your choosing without having to weigh and get the specific results.

What are some of the features to look for in a checkweighing scale?

Basic checkweighing can be achieved with a weighing indicator like the GK and a platform scale such as the GB or PT. With scales that have built in checkweighing, features usually include colored LED displays that light up on the scale’s indicator, as well as an audible alarm to let you know if the weight is under, over or within preset limits. Some features are not specifically made for checkweighing, but are useful complements. Zero tracking and automatic tare can speed up repetitive tasks. Scales designed with checkweighing specifically in mind can be used with optional relay boxes to have light towers, or have selectable digital filtering. 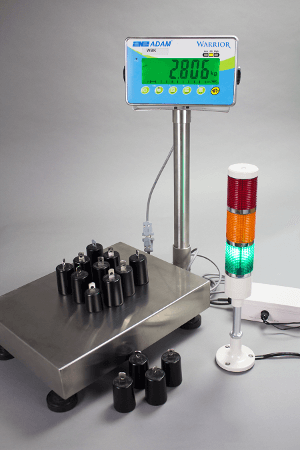 As always, think about the applications and the operating conditions of the weighing scale when deciding what to purchase. If you are only thinking of using the feature sparingly (to create the occasional goody bags, for example), then a more simple scale like the GBK or GFK floor scale is fine. If you’re in a quality assurance department, the bells and whistles of a scale like the AFK or Warrior washdown scale will make your tasks much faster and easier, and will save you time and money in the long run. Checkweighing scales are make useful shipping scales that can be used in warehouses and docking facilities.

More things to consider are the size of the scale (do you own a shop that creates small products, or a big warehouse that see heavy duty loads?), its IP rating (if you work in rougher conditions or with food, protection from dust, spills and wash down capabilities are a must!) and other applications (like parts counting or dynamic weighing). Think about the tasks you must accomplish and what makes them more difficult, and look for features that can solve your problems and boost productivity.

Adam Equipment has a wide selection of checkweighing scales and weighing indicators that can improve productivity and handle many different tasks in a variety of industries. Visit our website to learn more, or contact us to find the products that best suit your needs.